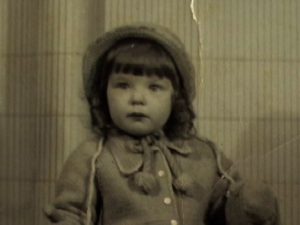 I was the fifth of six children (three girls and three boys). 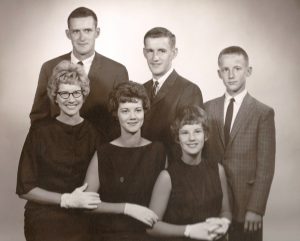 My family would describe me as a bookworm, and a hopeless dreamer, who always had my nose in a book. My family was loud and, and the old farmhouse where we lived was filled with noise and activity. Every time I had a chance, I was off to some quiet corner reading something called Illustrated Classics, a combination of comic books and good literature.

My parents had had difficulty understanding my vivid imagination and love of reading. They saw it as a waste of time when there was so much work to do. I began writing and submitting poems in fourth grade. Never published, but it wasn’t for lack of trying. The first real encouragement for my writing came from a supportive English teacher when I was a sophomore in high school. The teacher was a notoriously hard grader. When she handed me back an essay, she said, “You have a talent for writing.” That’s all it took, and I began to think about writing as a possible career. 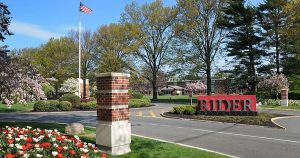 I attended Rider College which is now Rider University in Lawrenceville, New Jersey, and majored in journalism, despite the objection of my parents, who believed that teaching or nursing was a far more practical career for a young woman. Ultimately, her parents won out, and I turned to the study of education. After earning my bachelor’s degree in journalism in 1968, I began work on my certification to teach Montessori school. I taught school for a year in Paulsboro, New Jersey, and then moved to Colorado Springs, Colorado to teach in a local Montessori School. A year later, I met my husband Mike Guthrie on a blind date. 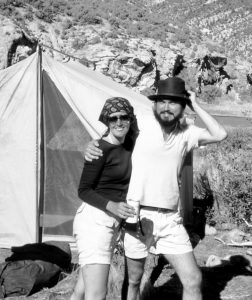 We married in 1973, moved to Colorado, then to Philadelphia, where I continued teaching in the Philadelphia School My love of writing, however, remained, and by 1980 I decided to begin a freelance writing career. With the help of two friends, I also started Kid’s Corner a video production company that produced hospital education for children. As I  juggled the roles of wife, mother, friend, community volunteer, businesswoman, and writer, it seemed that  “writer” was always last. 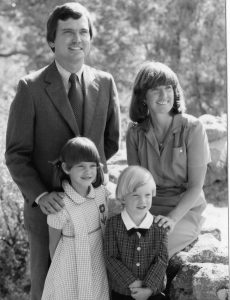 “I used to tell myself that when everything else was accomplished, then and only then, could I turn on my electric typewriter and write. My early writing met with little success, but I  refused to give up on my dream. I joined the Society of Children’s Book Writers and Illustrators and attended a writers conference in the summer of 1983. It was a daring thing to do, leaving my young family with a freezer full of casseroles and heading to Los Angles, California with my latest manuscript. I’d made a firm decision that unless I received a ‘sign’ of some sort at that conference, I would unplug my electric typewriter and go back to being a full-time wife, mother, friend, and volunteer. Fortunately, Kathleen Krull, a book editor from Harcourt Brace Jovanovich read my manuscript and took a liking to it; The Witch Who Lives down the Hall was soon published, with more books to follow. 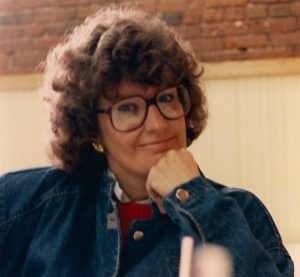 Over the years I have penned several books, alone and with collaborators, teaching young people how to execute such “hands-on” projects as writing and producing plays, putting together and publishing a newspaper, and even practical applications for the math they are learning in school. After publishing twenty-three books for children, I returned to school to earn a Master in Children’s and Young Adult Writing at the University of Vermont, in Montpelier, Vermont. Over the years, my writing has taken different forms. I have written magazine articles personal essays, and several short plays. My play, The Wedding Trunk, inspired by the letters of the brave and adventurous women who settled the West. Recently, I have joined my son Colin in making documentaries. 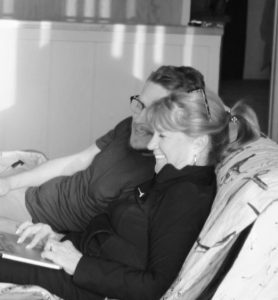 We call our company  EATS LUNCH PRODUCTIONS, a name come from an inside family joke. Our films are on this website. In the future, I hope to touch the minds and hearts of today’s children through my writing, and with a little luck, perhaps leave something for tomorrow’s ‘bookworms.’”