When we were celebrating our 36th anniversary in 2009, we started talking about all the places we still wanted to go. Then we hatched a plan: By 2016 — the year we’d both turn 70 and the National Park Service would turn 100 — we would visit all 59 national parks. 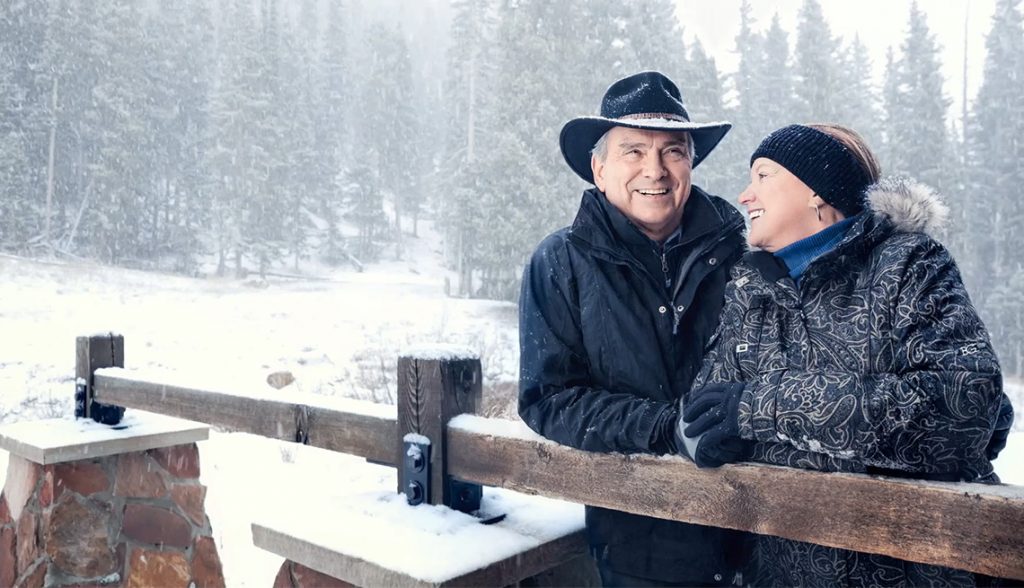 We set some rules. We’d have a picture made at every park entrance; we’d spend at least two days in the park; we’d attend one ranger talk if we could; and we’d hike at least five miles. (Where that’s a problem, as in Everglades National Park, an activity like kayaking could substitute.)

We didn’t realize quite the extent of what we were taking on. But we’ve gotten all the way to the National Park of American Samoa, halfway between Hawaii and New Zealand. And to Kobuk Valley National Park, 35 miles above the Arctic Circle in Alaska. Kobuk is essentially a vast sand dune, with no facilities and lots of mosquitoes. You’re flown in on a little Cessna and dropped off with a tent. If you’re lucky, the pilot will be back in two days to pick you up.

Yellowstone was one of our favorites, especially since we missed the crowds by going in February. At that time of year the snow is deep, and daytime temperatures often range from 0° F to 20° F. We flew into Bozeman, Mont., and joined a Yellowstone Park Foundation trip, where guides took us in a cat-track van called a snow coach to the Old Faithful Snow Lodge. We rode through a heard of bison. We did some cross-country skiing and snowshoeing and saw so much wildlife, including wolves, whose once-decimated population is now growing, thanks to protection within the park.

Now we’ve got only two more to go: Mammoth Cave National Park in Kentucky and Great Smoky Mountains National Park in Tennessee and North Carolina. We’re planning a big party in September in Rocky Mountain National Park, near our home in Colorado Springs, which is where we started the quest.

Author Wallace Stegner’s quote sums up our feelings: “National parks are the best idea we ever had.” We couldn’t have said it better. —As told to Christina Ianzito